Balthasar Hubmaier, an Anabaptist burned at the stake in 1528, preached at St. Peter's in (built starting in 1276).  "While Grebel and Mantz advocated non-violence, Balthasar Hubmaier (d. 1528), for example, the reformer of Waldshut, participated in the Peasants' War" (1524-5) (Sigrun Haude, "Anabaptism," The Reformation World (ed. Andrew Pettegree), 243).  Hubmaier's wife was drowned in the . A few months before Hubmaier’s death, Luther wrote a tract against the Anabaptists (January or February, 1528).  In it he said, "I know well enough that Balthasar Huebmoer [sic] quotes me among others by name, in his blasphemous book on Re-baptism, as if I were of his foolish mind. But I take comfort in the fact that neither friend nor foe will believe such a lie, since I have sufficiently in my sermons shown my faith in infant-baptism" (P. Schaff, History of the Christian Church, vol. 7, p. 60). 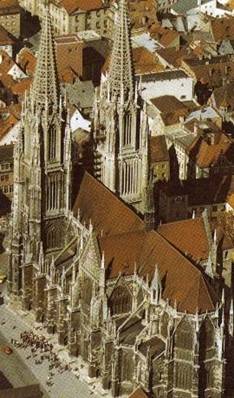 Philip Melanchthon once warned his readers:  "Do not let yourself be deceived by the comportment of the Anabaptists, by their lifestyle, and by their willingness to become martyrs for their faith.  All their revelations are lies, their humility is pretence, so is their great brotherly love, their patient endurance of suffering, and the audacity and stubbornness with which they approach their death.  All these are tricks of the devil."  Obviously, the Anabaptists had significant success amongst both Catholic and Protestant congregations (Sigrun Haude, "Anabaptism," The Reformation World (ed. Andrew Pettegree), 250).  In 1533, Fritz Erbe, an Anabaptist, was imprisoned at .  In 1536 Melanchthon drafted a memorandum demanding death for Anabaptists.  Three years later, Erbe is given a chance to renounce his convictions, yet remains true to his faith.  Fritz Erbe died after being incarcerated 15 years in the Wartburg solely for his religious convictions. Luther did not express one word of sympathy, respect or regret (Roland H. Bainton, The Travail of Religious Liberty: Nine Biographical Studies, 64). 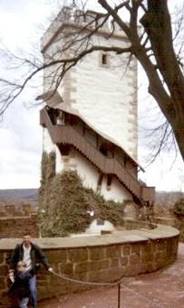 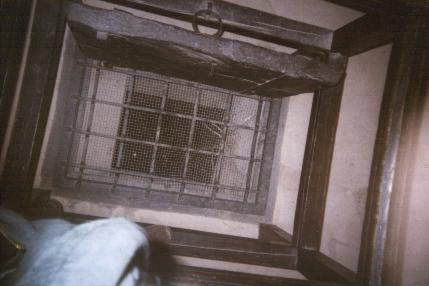 In 1534, Jan Matthys and John Leyden, two eccentric Anabaptists, forced all who refused rebaptism to leave .  They proposed the slaughter of all the ungodly who remained in the city.  "Jan [van Leiden] himself took sixteen wives and exercised harsh rule during the last months of the siege [of Muenster].  By then, food had become scarce and morale low.  The city finally fell through treason on " (Sigrun Haude, "Anabaptism," The Reformation World (ed. Andrew Pettegree), 245).  When they were subdued, the townspeople tortured and killed them.  Their remains hung in iron cages on 's church belfry for over a hundred years as a warning against heresy.  Matthys' and 's actions led all to intensify the persecution of Anabaptists. 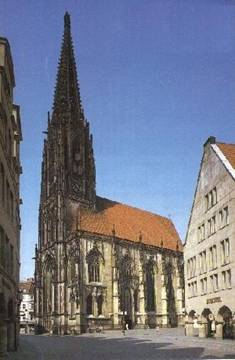 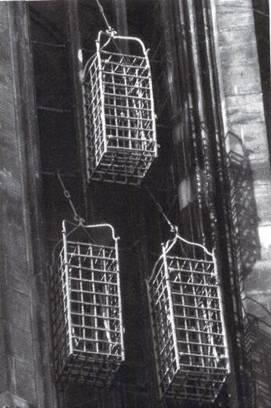 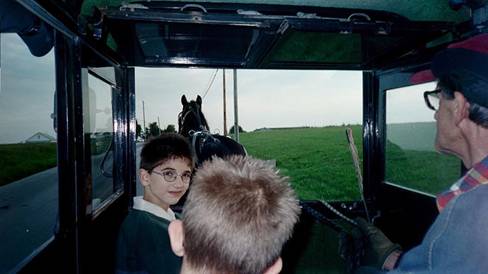 The Amish have their roots in the Mennonite community. Both were part of the early Anabaptist movement in , which took place at the time of the Reformation.  Many early Anabaptists were put to death as heretics by both Catholics and Protestants, and many others fled to the mountains of and southern . Here began the Amish tradition of farming and holding their worship services in homes rather than churches.  In 1536, a young Catholic priest from named Menno Simons joined the Anabaptist movement.  His writings and leadership united many of the Anabaptist groups, who were nicknamed "Mennonites."  In 1693, a Swiss bishop named Jacob Amman broke from the Mennonite church. His followers were called the "Amish."  Although the two groups have split several times, the Amish and Mennonite churches still share the same beliefs concerning baptism, non-resistance, and basic Bible doctrines. They differ in matters of dress, technology, language, form of worship, and interpretation of the Bible.  The Amish and Mennonites both settled in as part of William Penn's "holy experiment" of religious tolerance. The first sizable group of Amish arrived in in the 1720s or 1730s.

John Bunyon wrote his allegory of the Christian journey in Pilgrim's Progress (1678). 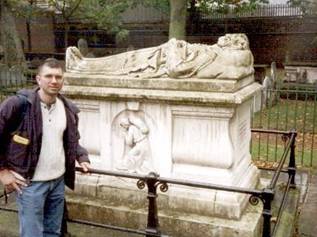 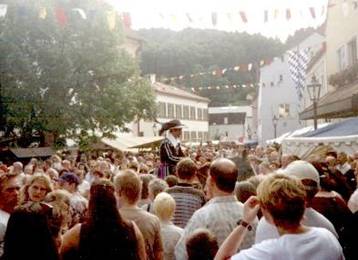 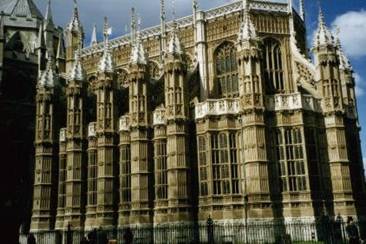 Johaness von Tilly fought against the spread of Protestantism in southern during the Thirty Years War (1631).  Just 20 years earlier, half the translators of the KJV completed their work at Westminster Abbey in (1611).

Ben Franklin estimated George Whitfield (ca. 1740) could be heard by 20 thousand people at one time.  George Whitfield helped the Wesleys start the Holy Club at .  John Wesley, as a preacher, traveled about 5,000 mi. per year on horseback.  Both Charles and John Wesley were instrumental in the success of the Great Awakening and revival in the 18th century. 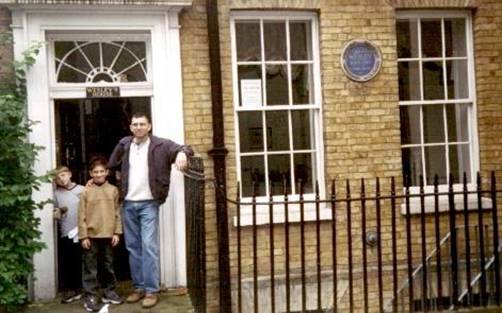 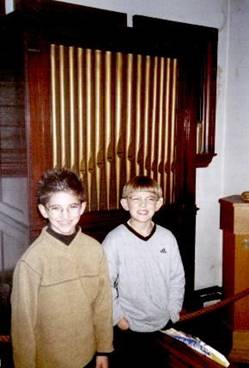 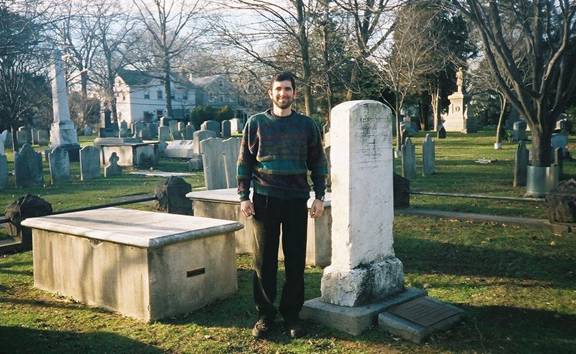 of Jonathan Edwards (my immediate right) and Aaron Burr (my left),

Charles Hodge built this house in 1823 and lived here while a professor at Princeton Seminary (1825-78). 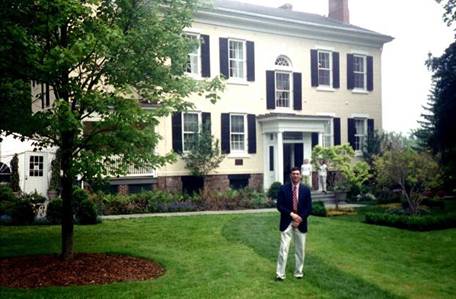 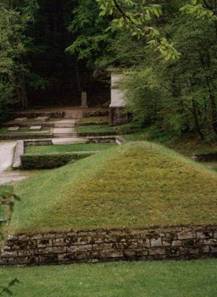 During WW2, Dietrich Bonhoeffer was martyred at Flossenberg Concentration Camp.  His contributions to Christian thought have even today brought many to the throne of Grace.  He made comparison between cheap and costly grace in his book, The Cost of Discipleship.  Bonhoeffer said "cheap grace is the preaching of forgiveness without requiring repentance, baptism without church discipline, communion without confession...Costly grace is the gospel which must be sought again and again, the gift which must be asked for, the door at which a man must knock" (Dietrich Bonhoeffer, The Cost of Discipleship, (New York:  Macmillan, 1978), p. 47). 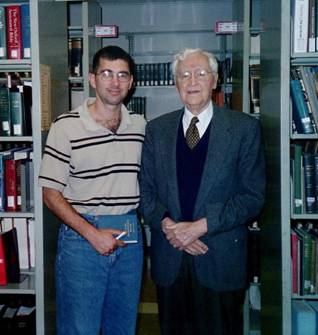 This work (including all photos) is licensed under a Creative Commons Attribution 3.0 United States License.

Post-Reformation/Anabaptist Church History (YOU ARE HERE)